This past weekend, West’s theatre department showcased their directing and acting skills in One Acts.

West theatre is “where a bunch of people who have the same interests and the same love of theatre can come together and make something incredible,” said Junior Johnny Briseno, who is the director of the theatre one act “Mirrors”.

Theatre one acts are plays that students get to direct directing. Theatre Teacher Brad Rackers has a hand in the shows as producer, but students choose their cast and lead rehearsals.

Rackers normally serves as the director of plays and musicals at West. Junior Cody Halverson said “He knows what he wants and knows how to get what he wants.”

Student directors said they find it much different to act than to direct. “It’s difficult at first but then as you keep going you get used to the people and the cast and you have an idea of what you want,” said Halverson, “it’s really enjoyable.”

Rackers said he helps the students direct the shows by “monitoring rehearsals throughout the process and giving students a sense of what to do and when.”

Halverson said, “It’s like painting a picture, you get what you want out of it and then you get to see all of it come together and make a big picture.”

More on One Acts: 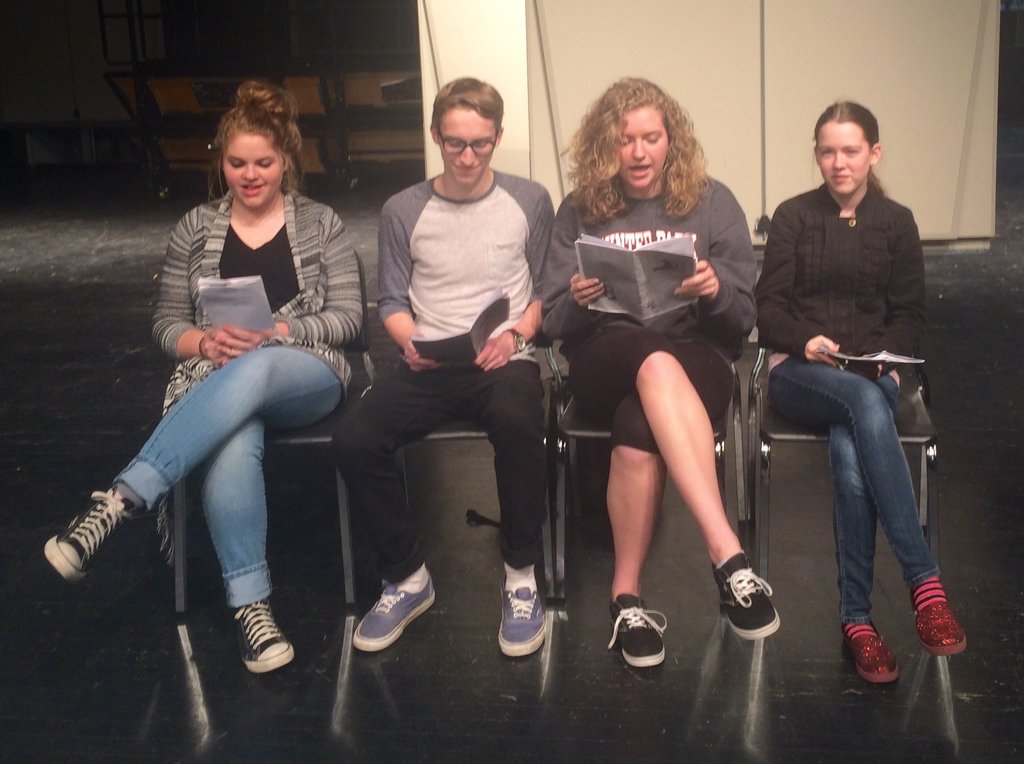 Lee’s Summit West’s Theater Department prepares to showcase a series of one acts, directed by theater students, though students who are not enrolled in theater can participate.

These actors are both a mix of theater students as well as regular students at West. Their particular show is Elise Marshall and Hannah Shipman’s “Ghostly Trinkets”.

Senior Jordan Kaiser looks over and rehearses lighting cues for his student directed one acts play that he is directing. Kaiser instructs Junior Johnny Briseno who controls light s and sound during dress rehearsals.